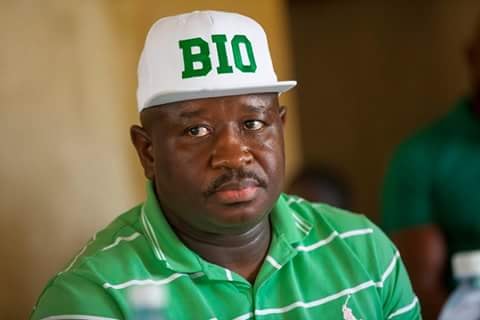 Sierra Leone President Julius Maada Bio on Thursday declared rape and sexual violence a “national emergency” with life imprisonment for perpetrators attacking minors, after an outcry over the level of sexual violence in the country.

Recorded cases of sexual and gender-based violence almost doubled last year, reaching 8,505 in a population of 7.5 million, up from 4,750 a year earlier, according to police statistics.

Around a third of cases involved the rape of a minor.

“I declare rape and sexual violence a national emergency,” Bio said at State House in Freetown.

“With immediate effect, sexual penetration of minors is punishable by life imprisonment,” he said, fighting back tears after hearing the testimony of an Ebola survivor who was repeatedly raped.

“All government hospitals must provide free medical treatment and medical certificates to every rape and sexual abuse victim,” he said.

Bio said a police division would be created to investigate sexual violence cases and a special magistrate court would handle fast track cases.

“Thousands of survivors have been denied justice and are traumatised,” the president added.

Out of 30,000 women and girls survivors of sexual violence in Sierra Leone, 93 percent are below the age of 17, according to Rainbo Initiative, the only local organisation helping survivors with free medical and psychosocial services.

It said a tiny minority of cases result in a successful prosecution.

Many victims contract sexual transmitted diseases after attacks, including in some cases HIV. Hundreds of survivors also become pregnant.

During a 10-year civil war (1991-2002), thousands of women and girls were subjected to widespread and systematic sexual violence and rape, a 2003 Human Rights Watch report found.

Legally, rape is a criminal offence which carries a jail term of between five and 15 years, according to the 2012 sexual offences act — a law that Sierra Leone reworked and toughened specifically to combat sexual predators.

But such sentences are rare.

In a high-profile case last year, a court in Freetown convicted a 56-year-old man of raping a six-year-old girl. He got one year in jail.

He that handles a matter wisely finds good – Mahama