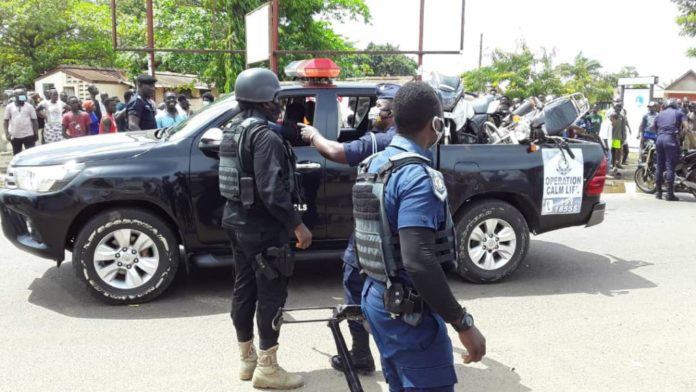 A suspected armed robber has died after sustaining multiple gunshot wounds during a gun battle with police.

The incident which happened on Thursday has reportedly left one of the suspects injured.

The robbers were said to have tracked a businessman and his Lebanese partner who had gone to withdraw money at the Tema Metropolitan Assembly branch of Zenith Bank, Myjoyonline.com reported.

One of the victims explained that they deal with frozen foods at the Tema Harbour and were at the bank to cash an amount of ¢123,000.00

Bank officials who sensed danger immediately advised the two be escorted by the police when they saw a motorbike packed outside the Bank.

On reaching a section of the road, the suspects, however, crossed their vehicle and tried to shoot them but the police officer opened fire on them, one fled with the money but the other was shot to death.

Officials are, however, commenced investigations into the matter.

Below are amateur videos from the scene: