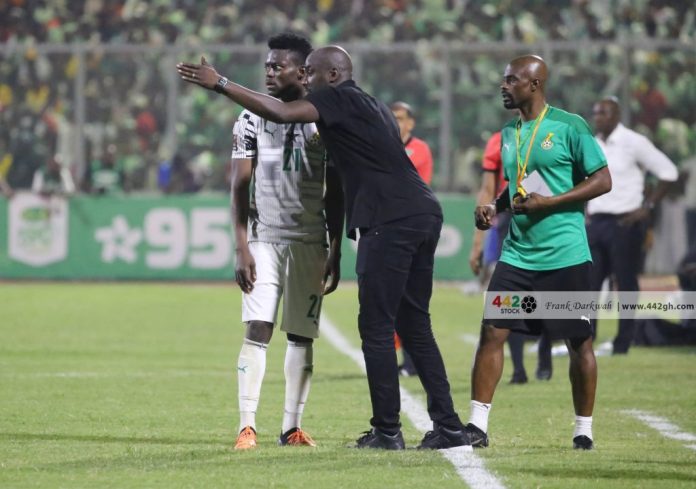 According to the Ghana FA Boss, coach Otto Addo together with his assistant coaches Mas Ud Didi Dramani, George Boateng and technical advisor, Chris Hughton will be made permanent technical team for the upcoming FIFA World Cup tournament.

Reports in the local media for some time now suggested the Ghana FA boss had plans to engage Chris Hughton in meeting to offer him the Black Stars job.

Nonetheless, Kurt Okraku had denied the reportage by the Media and confirmed they are close in appointing Otto Addo and his technical team for permanent Black Stars job ahead of immediate national assignments.

“Rumour mongering is becoming the order of the day in football…Just to be clear, I do not have a scheduled meeting with Chris Hughton”

“The FA, having assessed the work of the technical team of the Black stars, and having engaged all relevant stakeholders, is working to keep Otto, Didi, George and Chris in their respective roles for all immediate assignments”

“Official announcement expected shortly…. Other need areas of the technical team that the Coach has identified is being addressed” he posted on Facebook.

Ghana will face Portugal, who beat Ghana 2-1 in the group stages on their last appearance at the tournament in 2014, and South Korea in Group H in Qatar before their anticipated re-match with two-time World Cup winners Uruguay.

Ghana eliminated the Super Eagles of Nigeria in the 2022 World Cup play-offs in March to book a place in the next FIFA World Cup tournament in Qatar in November.

I am taking Ghana with me in my heart – Outgoing...