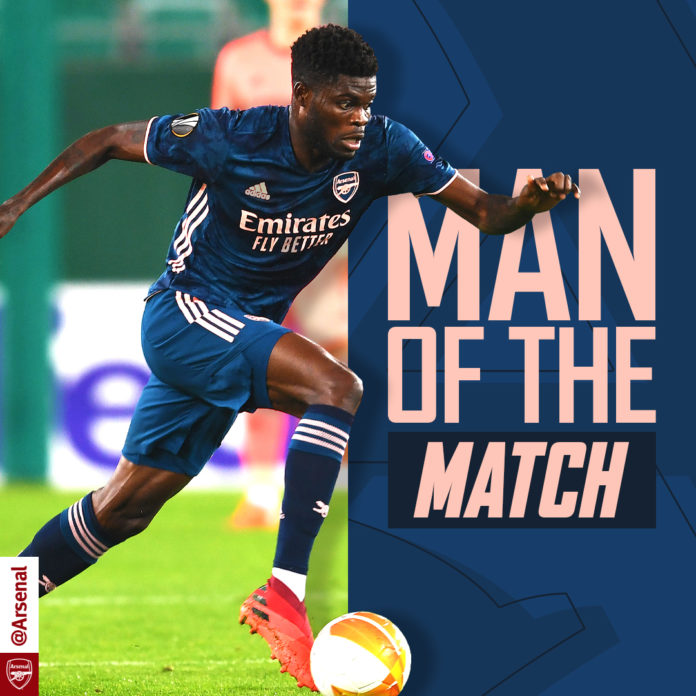 Black Stars deputy captain, Thomas Partey was named in his full debut for Arsenal FC in the UEFA Europa League on Thursday.

The Gunners felt behind inside the first ten minutes after the recess through a goalkeeping error by Germany number three, Bernd Leno in the 51st minutes.

Partey’s dazzling display on the night was so glaring and was deservedly given the Man-Of-The-Match award after the game.

The 27-year-old’s movement on and off the ball was very instrumental in his side comeback win in their first Europa League Match this season away at Wien in Austria.

Partey joined Arsenal from Atletico Madrid and made his first start for the club after coming from bench to play in his team’s 1-0 away loss in the Premier League against Manchester City.