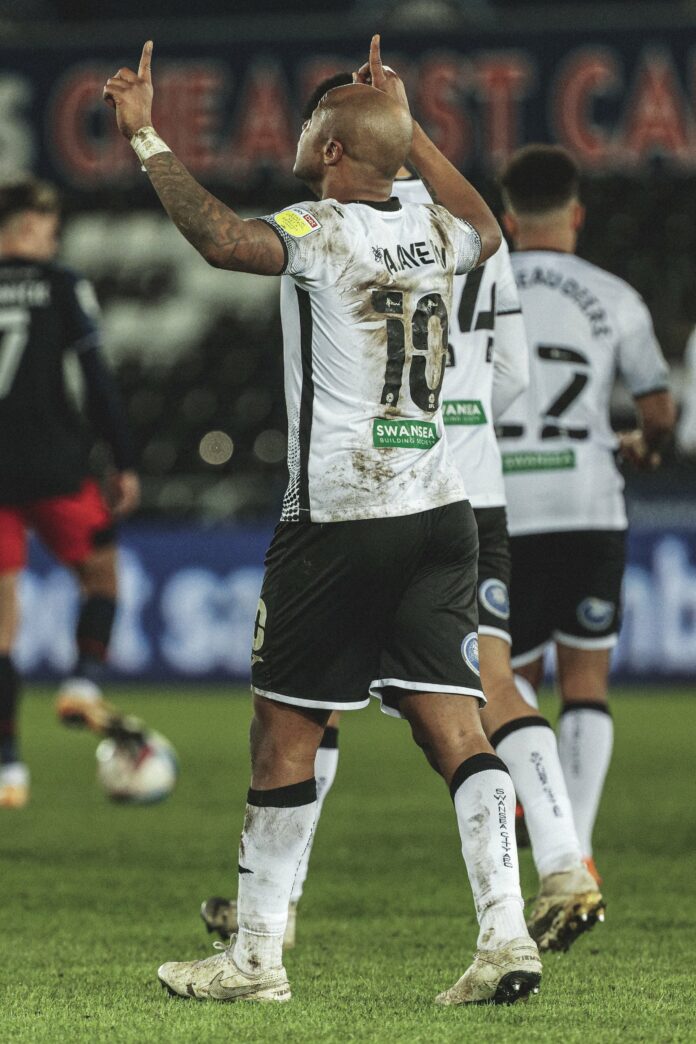 Ghanaian forward
Andre Ayew was on target and also provided an assist in Swansea City’s 2-0 win against Luton Town on Saturday afternoon.

The Ghanaian attacker played the entire duration of the match for his team as they bounced back from last Tuesday’s defeat at Middlesbrough to beat their opponents, Luton in the English Championship.

With just two minutes into the game, the Swans deputy captain set up Conner Roberts who finished superbly to put the hosts 1-0 up early in the game.

Ayew has seven goals and two assists in 15 games this campaign in the English second tier.

Swansea City are fourth on the League table after 16 matches and boast of eight wins, three defeats and five draws.

‘My wife has sacked me from the house’ – Legon Cities...