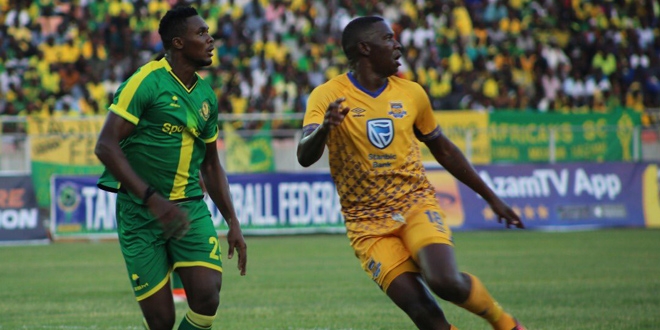 The former Liberty Professionals defender rose highest in the box to perfectly meet a corner kick from Angola international international Carlinhos in the 87th minutes of the match.

Yanga, who were the host played better than the opponent who remained resolute at the back to stretch the home team till the dying embers of the frenetic encounter.

Due to the resilience performance from Mbeye City, the first half could not produce a goal despite Yanga’s pressure.

The host’s persistency paid off finally when the 26-year-old Ghanaian defender notched home the winner with a bullet header to give Yanga their first win in two games in the Tanzanian.

Young Africans has four points from two games with two goals scored in the league both by Ghanaians as Michael Sarpong scored in their first round of games away from home to help them secure a point before Moro’s winner on Sunday handed them first league win.