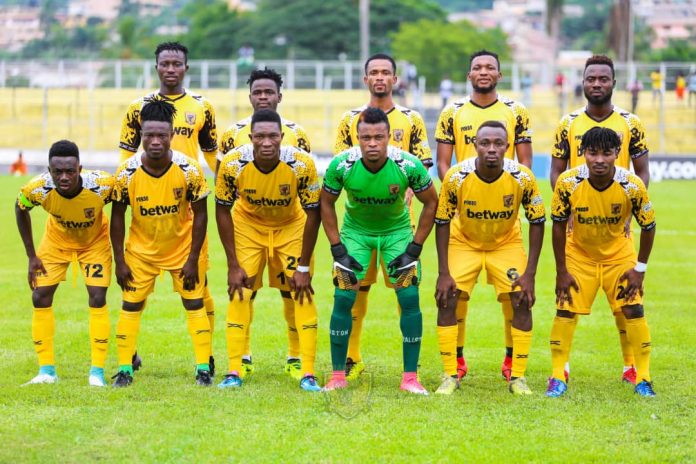 Public Relations Officer of Obuasi Ashantigold Obed Asamoah Mensah has promised football-loving fans that the club will not spare their opponent Akonangui FC when the two side face-off for a place in the CAF Confederation Cup round two of the preliminary stage.

“We have the best team in Ghana in terms of quality and per the results away from home, we’re capable of eliminating Akonangui FC to progress to the next stage of the competition,” he stated.

“We are beating Akonangui FC to qualify to the next stage of the competition because they are not good and cannot stand in our way on August 24.

”According to Obed, the team went through a very terrible situation in Equatorial Guinea with Akonangui officials failing to show up at the airport to pick them up to Ebebeyin.

“We are very much sure it was an act to frustrate our boys but we showed why we are the best team in the country.

”He said Akonangui FC and their officials will not be given same treatment when they arrived in Ghana saying:

“We think is not the best for the development of the game in our part of the world and we are more than confident in the team because we believe the boys are capable of winning so it will be unprofessional on our side if we indulge in such unsportsmanlike behaviour.” “Ashgold is a professional club.

“With all their antics, we had a draw so we have decided to channel our strengths in supporting the boys to punish them on the field with a humiliating scoreline,” he added.