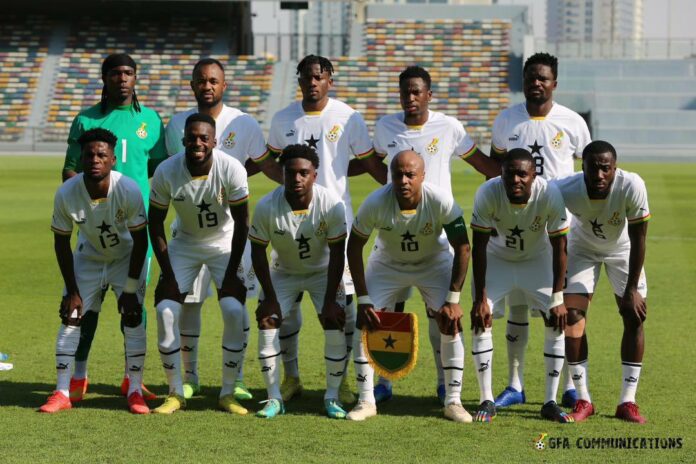 Grusah believes the spirit at Ghana’s camp has risen after beating Switzerland in a friendly last Thursday in Abu Dhabi.

“The mood after that victory has been upbeat, and Grusah expects a win against the former European champions.”

“Switzerland beat Portugal, they beat France and Spain. Even drawing with them would’ve sent signals but beating them sends more signals.”

“Yes, they(Portugal) will be careful. We have a chance; we are going to beat Portugal. Inshallah,” he told Max TV. The match will be played in Doha’s stadium 974.

Ghana will start their 2022 FIFA World Cup campaign with a game against European giant Portugal today 24 at Stadium 974 in Doha.