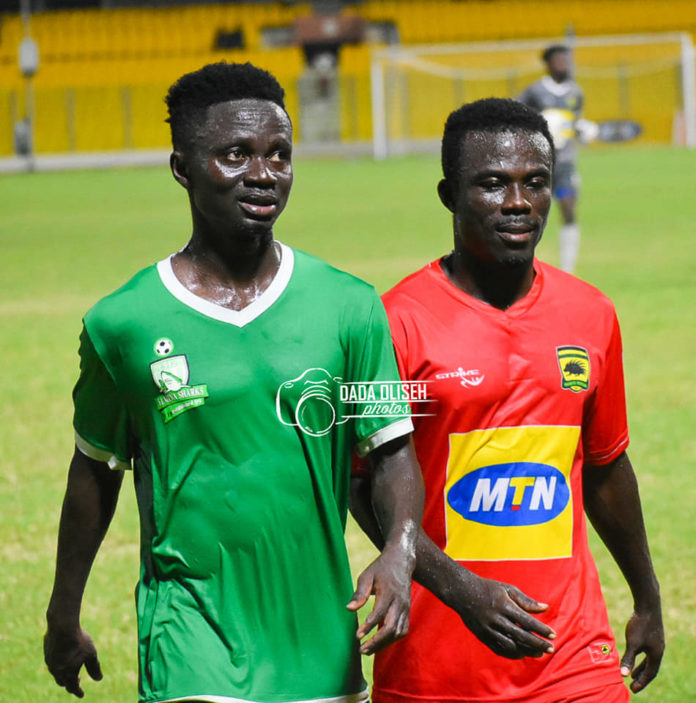 The latest set of games in the 2019/20 Ghana Premier League (GPL) season treated fans to some exciting football and thrilling outcomes, and Daily Mail GH captures the biggest observations of the matchday from a satirical perspective.

In a league that sees almost all teams rely heavily on home form and seek the most of that advantage, Asante Kotoko have flipped the script a little. The Porcupine Warriors have actually garnered more points on the road (13) than at home (12), but those figures are close enough to highlight the sort of balance that other clubs could do with. Even if Kotoko don’t win the title, let the records show that they did so in style.

The last time Hearts of Oak beat a city rival in the Premier League — 2-1 at Liberty Professionals two months ago — there were a couple of uninvited guests at the game: snakes. This week, as Hearts thrashed Olympics, another Accra neighbor, wildlife — a lonely rodent this time — was again present. If only some animal — dinosaur, bee, shark, whatever — had shown up during Sunday’s draw with Inter Allies (also Accra-based) . . .

Speaking of sharks, well, Elmina Sharks did their strategic reputation a lot of good by deliberately appearing toothless against Asante Kotoko this week, missing a couple of easy chances to claim all three points on Thursday. It’s all part of a grand ploy to confound, WWLTW surmises, just so opponents wouldn’t easily predict whether the Sharks brought their teeth along for any given game, thus granting them the element of surprise and boosting the sense of awe that their fearsome name already inspires. That’s what dentures are for, right?

Ownership of Ghana’s capital has been mired in uncertainty this week and — like a kid whose parents are engaged in a fierce custody battle — Accra remains the subject of great debate, caught between the devil rainbow and the deep blue sea. Earlier this week, it was Great Olympics who asserted their authority, just before losing it to city rivals Hearts in a 4-0 battering on Wednesday. Olympics refuse to give up, though, and it appears they’d rather now have Accra in the care of a foster parent — the Accra Metropolitan Assembly — than watch Hearts claim it. Stress!

5. IMAGE OF THE WEEK

Akufo-Addo is bathing in corruption – Mahama