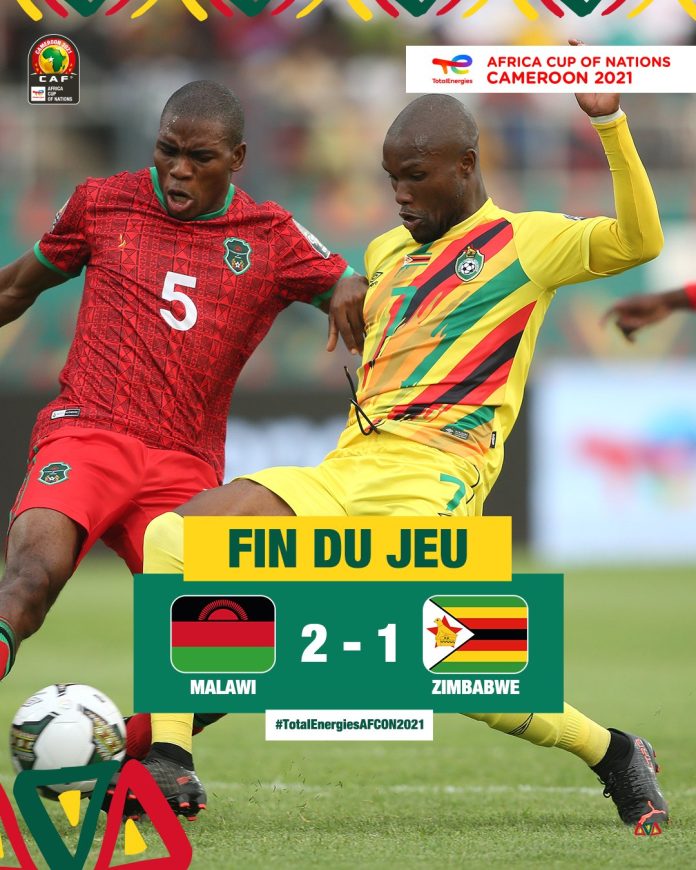 The Flames of Malawi secured a comeback win over the Warriors of Zimbabwe in their Africa Cup of Nations group B second game clash.

Malawi got a deserving victory for their efforts as they came from behind to pick a vital win to revive their qualification hopes with a 2-1 score line.

The game was full of entertainment and end-to-end stuff with high intensity and purposeful football from both teams.

Zimbabwe struck first through Ismael Wadi’s thunderstorm header inside 37 minutes before Malawi replied on the 43rd minute through Gabadinho Mhango.

Both tteams created chances in the second half but it was Mhango who struck again early in the second half to snatch all three points for Malawi who stand a big chance of making it into the knockout going into their last game against Senegal.

Zimbabwe are on the verge of elimination from the competition after losing both games going into their match against Guinea.