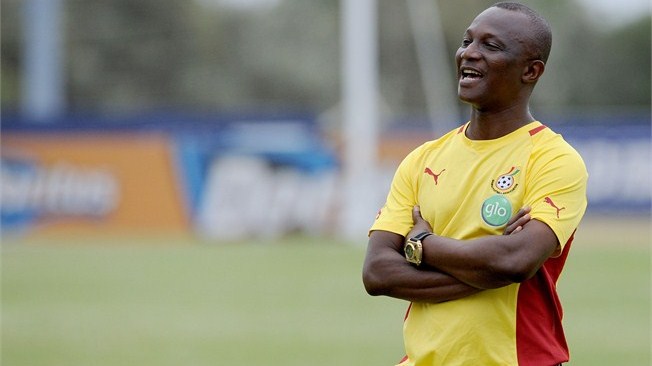 For a man so likeable, Kwesi Appiah courts little favour among his compatriots.

At every turn, and for every decision (even very personal ones, like what he chooses to wear on matchday and for pressers), he is chastised and criticised.

Now, criticism — and even chastisement, in small doses — can be healthy, but what Appiah has been subjected to during two terms as substantive trainer of the Black Stars is unhealthy to the point of being sickening; sickening to the point of being poisonous to the Stars’ welfare. It’s just as Fentuo Tahiru, representing Citi FM/TV at the ongoing Africa Cup of Nations, argued in a recent article.

“While it is permissible to criticize the decision of head coaches everywhere, what has often been thrown in the direction of the former Ghana captain is anything but criticism. It’s mostly been sheer abuse, communicated with asperity of prohibitive degrees.”

As Tahiru goes on to explain — and I concur — Appiah’s errors are magnified, his successes reduced to mere footnotes.

For one, he doesn’t rock the tactical chessboard quite as Pep Guardiola does, neither does he boss the pressroom like Jose Mourinho. And, oh, he doesn’t exactly transform the touchline into a catwalk or boxing ring like either man is ‘celebrated’ for. Yet anyone with half a brain — as far as football is concerned — will know achieving success in the sport is about more than just tactics.

Looking dapper and being articulate?

Well, those are even farther down the ladder of relevance, aren’t they?

Appiah deserves respect, if not reverence. Much of his life — playing and coaching — has been spent in national service. Most of those who slam him mindlessly can’t hold a candle to Appiah’s sterling record and are probably not old enough to remember the 59-year-old as a member of the last Ghana team to have won the Nations Cup.

Plus, Appiah was the mastermind when Ghana’s Black Meteors grabbed gold at the 2011 African Games — the most recent continental triumph for any Ghanaian male national team aged 20 or above. And I’m not even dragging his distinction as the first Ghanaian to qualify the Stars for a senior Fifa World Cup into this argument.

Come to think of it: few among Appiah’s critics have enough coaching knowledge to draw up a basic training regimen. Yet these are the experts — seated in an armchair and clutching a cold beer on matchday — who derive some schadenfreude from seeing Appiah fail when he doesn’t apply the myriad of faux tactical interventions sent his way in a package of vitriol.

Yes, these are the very ones (the majority of Ghanaians, unfortunately) stuck firmly in a past where the Stars once trampled on every opponent, in a world where there is some divine decree that Ghana never come up short against any country. If that is a memo from heaven delivered by some angelic messenger, well, other national teams never got it.

Appiah’s detractors are right on one thing: he’s no tactical Einstein. But he does know more than enough to get by, and what he lacks on that front is compensated for by a remarkable ability to spot prospects and build with them. In that sense, Appiah is a visionary, and Ghana — a nation obsessed with short-termism and relics — is fortunate to have at the helm a man who, though focused on quenching the country’s thirst for a fifth Nations Cup title, works toward a future he may never stay with the team long enough to enjoy.

Thus far, at Egypt 2019, Appiah is handling both tasks well. He got the most he could from two group games — a draw against a team that boasted a numerical advantage, and another versus the reigning African champions — while victory in the third saw Ghana finish top of Group F. A quarter-final date with Tunisia awaits, with Ghana finding itself on the relatively easier path to glory, and this team can only improve. Still, none of that would matter to Ghanaians, would it?

“As for criticisms you could win all your matches and still have people hate you or get jealous of you,” Appiah said after beating Guinea-Bissau to seal passage to the Round of 16.

Ghana is only four games away from winning the Afcon — just as the other 15 teams remaining in the competition are. But those aren’t odds Ghanaians are willing to consider.

Because no people deserve the gleaming prize more than we do. Because our players are paid too well to fail. Ah, because we have hopes so high in a coach so ‘dumb’.