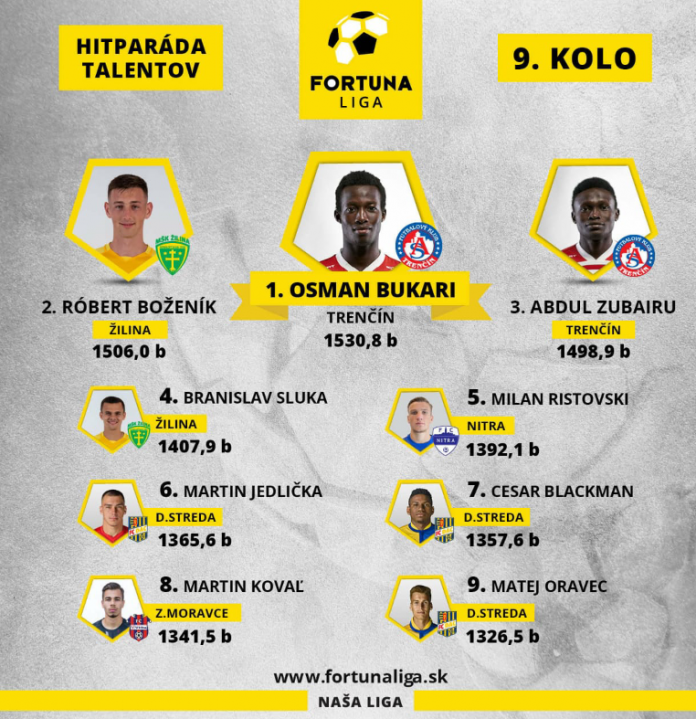 Ghana Black Meteors winger Osman Bukari has been named as the most highly rated young player in the Slovakia  top flight.

The 20-year-old attacker who features for Trencin has played nine games so far this season scoring one goal with great performances.

In a rating done by the Fortuna League board on its official website on Thursday,  Bukari is top on the list with 1530.8 marms followed by Robert Bozenik of Zilina who has 1506.0.

Bukari joined Trencin in the summer of 18 from Accra Lions and has risen to become one of the club’s top players.