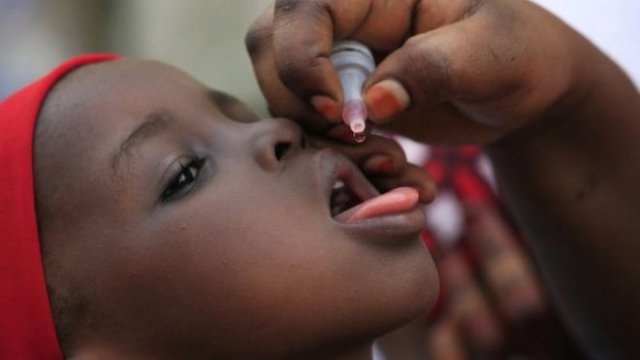 Children between zero and 59 months old living in six districts of the country will from September 4 to 7, this year, be vaccinated against polio.

The areas to be covered are Chereponi, Bumkurugu, Gushegu, Saboba, Tamale and Sagnarigu.

The exercise, Round Zero of Three Rounds of Polio Immunisation, is the Ghana Health Service (GHS) and its partners immediate response to the case of a two-year-old girl who had tested positive to having the Type Two polio virus in Chereponi and, also, detection of type two polio virus in environmental samples from the Tamale metropolis in the Northern Region last July.

The Deputy Programme Manager of the Expanded Programme on Immunisation (EPI), John Frederick Dadzie, who disclosed this in an interview with the Daily Graphic, indicated that round one of the exercises would come off in October this year and would target children between the same age group living in the entire Northern and Upper East regions.

Giving an outline of the GHS immunisation schedule, Mr Dadzie said round two of the exercise would come off in November this year and would cover the whole of the Northern and Upper East regions.

“After the switch, IPV, which protected against type one, type two and three, should have been introduced to enable children born after 2016 to become protected,” he said.

However, Mr Dadzie said, that was not the case because there was a shortage in the supply of IPV globally which was why it got to Ghana last year. Therefore, he said children born between 2016 and 2018 were not immunised against type two polio.

He appealed to mothers to ensure that their children were brought to be immunised when the campaigns began.

Ghana has not recorded any case of polio since 2008 and to sustain the success achieved, the EPI has been organising polio campaigns for children under five years.

On July 10, this year, the Ministry of Health and the Ghana Health Service, in collaboration with the Noguchi Memorial Institute for Medical Research, announced detection and confirmation of type two polio virus in environmental samples in the Tamale metropolis.

Last Friday, a two-year-old girl tested positive to having vaccine-derived polio at Chereponi in the North East Region of Ghana.