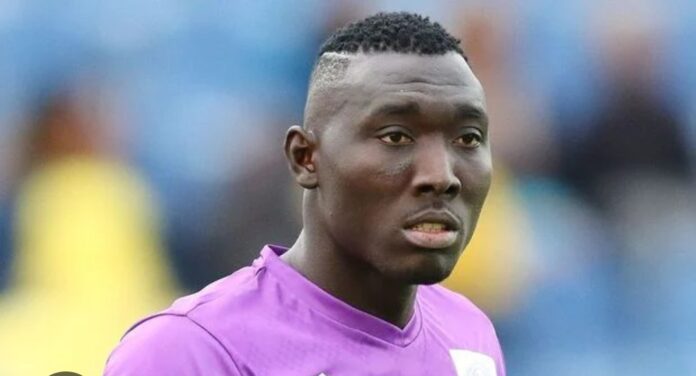 Ghana has been hit hard with another bad news as second choice goalkeeper, Richard Ofori is ruled out of the upcoming 2022 FIFA World Cup tournament in Qatar,Dailymailgh.com understands.

The Ghanaian Goalie Richard Ofori got injured again few days to World Cup tournament which starts on November 20 with Ghana playing their first game against Portugal on 24 November.

Dailymailgh.com has been informed about the sad incident as the Orlando Pirates FC shot stopper is ruled out of the FIFA Mundial due to bad injury sustained ahead of the Soweto Derby.

According to information received from South Africa, the Ghana International is among players injured and out of the team’s games and also missed the team’s current Cup game against Mamelodi Sundown FC.

Ofori recently returned from injury to play for his team Orlando Pirates FC in the Premier Soccer League in South Africa and helped the team to win the MTN – 8 competition in South Africa.

He made the 55-man squad ahead of the official announcement of the final 26 players for the upcoming tournament but is now confirmed he will be watching the game on television.