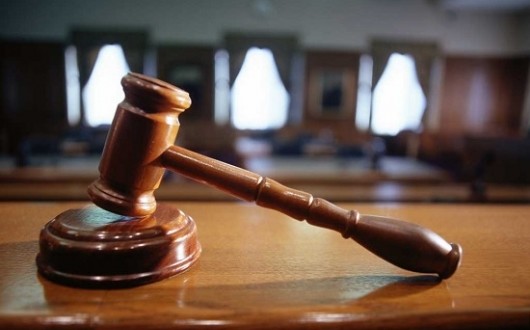 The Kaneshie District Court has discharged Michael Osofo Ani, one of the suspects, allegedly involved in the murder of the two Police officers on the Kasoa-Buduburam-Aprah road on August 28, 2019.

Ani was discharged after the Prosecution withdrew and substituted the charge sheet in court on Tuesday.

Currently, Eric Kojo Duah aka Sakora is the sole accused being held on two counts of murder.

Duah whose charges were read to him in English had his plea reserved.

The court has since remanded Duah into the custody of the Bureau of National Investigations (BNI) to reappear on December 2, 2019.

Prosecuting, Assistant Superintendent of Police (ASP) Sylvester Asare informed the court, that the Police has completed its investigations into the matter hence prayed the court to withdraw the old charge sheet and substituted it with a new one.

According to ASP Asare, the docket and forwarding letter were ready and the two would be sent to the Attorney General’s Office by the close of the week.

When the new charges were read out in court, Ani’s name was excluded, making the court to discharge him.

Mr. George Eshun who represented Duah and Ani indicated to the court that the discharge of Ani had confirmed his assertion that Ani did not in any way abet the crime hence he should be set free by the court.

Mr. Eshun said following the development, he and his client would now prepare and put up their defence in the matter.

He further informed the court that another solicitor had been contracted in the matter and that he and the new solicitor were going to work together.

Duah is being held for allegedly killing Sergeant Michael Dzamesi and Lance Corporal Mohammed Awal on August 28, 2019, at Kasoa.

The two Policemen were among a team of MTTD officers who were on taskforce duties on the Kasoa Buduburam- Aprah road.

The two while on duty checks stopped an unregistered Toyota Camry with Duah and Ani as the occupants but the car refused to stop.

Sergeant Dzamsei and Lance Corporal Awal managed to intercept the unregistered vehicle and Sergeant Dzamesi asked the two to come out of the car.

A struggle ensued between Dzamesi and Duah. Duah went back into the vehicle, pulled out a gun and shot
Awal in the left rib and shoulder.

Dzamsei decided to run for his life and sought refuge in a grocery shop but Duah followed him to the shop and shot him three times and bolted with the car.