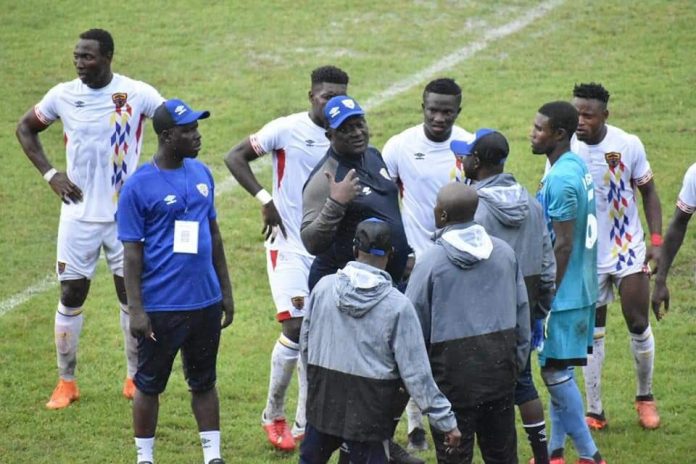 The 2019 President’s Cup between Asante Kotoko and Accra Hearts of Oak has been called off due to poor condition of the pitch at Baba Yara Sports Stadium in Kumasi after a downpour.

Referee Dumfeh and organizers inspected the pitch hoping to honour the game only to end the game abruptly because of a soaked field making it difficult for players to control and give accurate passes.

Both teams looked gingered and fired up for the most anticipated game which promised to produce good football for the football loving fans.

It started raining some 30 minutes to the start of the game and did not subside before kickoff resulting in the postponement of the match.

According to officials, a new date will be announced after Kotoko’s game crunch CAF Champions League encounter with Etoile du Sahel of Tunisia next Sunday.