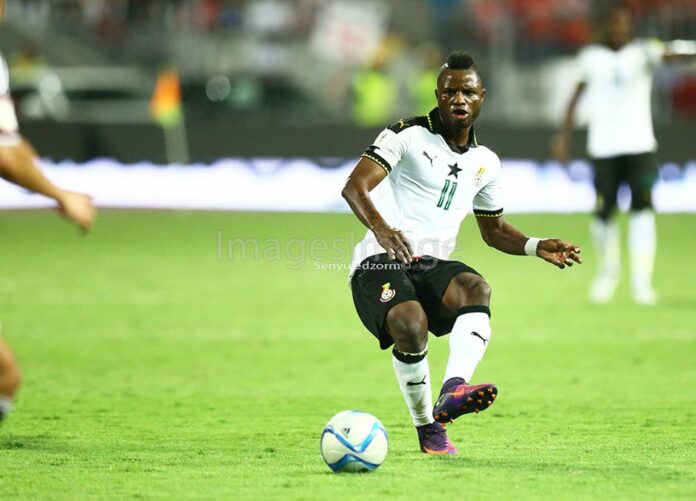 Belgium Pro League side KAS Eupen midfielder Mubarak Wakaso has been named in Otto Addo’s 55-man provisional squad for the 2022 FIFA World Cup to be staged in Qatar.

The midfield-anchor has earned a spot in the Black Stars team for the upcoming 2022 FIFA World Cup tournament in Qatar later this year month after seven appearances for in the Belgium top-flight.

He was not part of the squad for the last international break as the Black Stars faced Brazil and Nicaragua. However, after a string of good performances for Eupen, the defensive midfielder has found a place in the provisional team as Otto Addo put finishing touches to his preparations for the Mundial.

Wakaso last played for Ghana during the 2022 Kirin Cup in Japan.

The 32-year-old defensive midfielder is hoping to make the final 26-man squad for the tournament as Ghana face Portugal, Uruguay and South Korea in Group H.